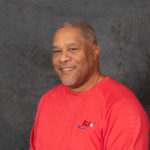 An Indiana native, Mike played collegiately at Indiana State University. There he was a College All-American as a utility player, playing 1B &amp; CF, as well as being a left handed pitcher. Mike then went on to play professionally for 8 years with the Milwaukee Brewers and was named Brewers Pitcher of the Year in 1993. Mike has also experienced international baseball playing in Venezuela, the Dominican Republic, and Taiwan. Mike has been a pitching instructor for over 20 years and a travel baseball coach in the Indianapolis area for 15 years. Mike‘s clientele consists of players at all levels of the game, including the professional ranks. Mike currently serves as the Pitching Coordinator and a coach for the Indiana Mustangs.